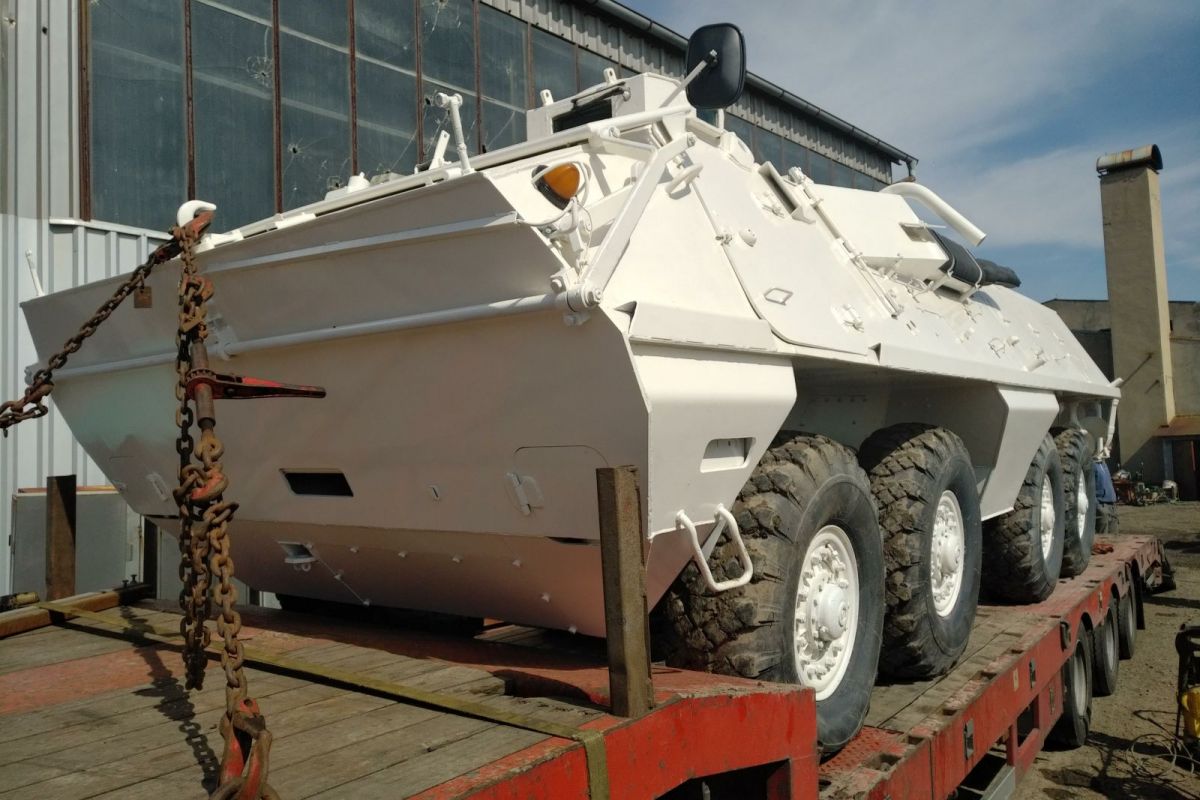 The OT-64 is principally the Czechoslovakian-Polish counterpart of a BTR-60. Yet a well-advanced one. There only is one Tatra diesel air-cooled engine in. It is positioned in the middle, which not only better balances the vehicle but also opens rear access for the troop's compartments. The fuel consumption is considerably lower. Side doors make the driver's compartment easier to access.  Semi-automatic transmission (Wilson), air-powered, assures smooth gear-shifting. The vehicle floats, but it is not really a swimmer which would serve you, say to cross a large lake and is not sea-worthy. If looking for a swimmer, turn to a BRDM-2. Many parts are identical with standard Tatra trucks, and so they are cheap.

We can make an OT-64 SKOT vehicle road legal

Vehicle was developed in Czechoslovakia in 1959. The components of the Tatra T-138 truck and the prototype S-360 off-road truck being the successor of the well-known Praga V3S truck were used for its construction. In 1961, several prototypes were built, designated as Praga S-260. During this period, Poland became interested in the transporter, which resulted in an agreement on its joint venture. From then on, the project was taken over by a joint Polish-Czechoslovak commission, which also started production in both countries. The pace of work was high and in 1963 the transporter was introduced to the armament of the Polish Army (as SKOT) and the Czechoslovak army (as OT-64; known under this designation in the world, also exported to several countries, mainly Arab). Initially, their existence was kept secret, but on July 22, 1964, the first series of transporters was presented at the military parade on the occasion of the 20th anniversary of the Polish People's Republic. OT-64 SKOT uses 13.00 R18 tyre size.

Due to its high traction and combat capabilities, OT-64 SKOT was one of the best-armoured personnel carriers in the world. The modern drive system with the Wilson system planetary semi-automatic gearbox (with pre-selection of gears), independent wheel suspension and central pumping system ensured high manoeuvrability in the field. The watertight hull and propellers in the water made it possible to overcome water obstacles directly from the march. Armour protected the crew from small arms and grenade and artillery shell fragments. The transporter had equipment ensuring crew protection against weapons of mass destruction (radioactive dust, chemical and biological contamination).

Even before starting production, it was decided to design the armoured version of the transporter, which eventually received the designation SKOT-2A. This task was entrusted to the Polish side, which decided to use the ready design of the turret used in analogous structures of Soviet production. To this end, it was necessary to redesign the landing compartment. The next developmental version of this construction was SKOT-2AP equipped with a modernized turret developed at the Military University of Technology that allows fire also for aerial purposes. The armed versions of the SKOT-2A (OT-64-2A) and 2AP transporter allowed it to be used to directly support infantry on the battlefield and to cooperate with tanks in various types of combat operations. As a result, next to the tanks, this vehicle became the basic means of combat for the Polish and Czechoslovak mechanized troops. Development of special versions based on SKOT, such as engineering, artillery, communications, technical and medical vehicles, ensured a high level of standardization for armoured equipment, facilitating its logistic protection.

In the early 1990s, SKOTs were gradually withdrawn from the Polish and Czechoslovakian Army. Due to small expenditure, the Polish Army currently has (2010) around 100 SKOT transporters, including in the R-2AM / AMT (command of artillery subdivision) and R-3M (command) and engineering versions.

Serial production of the transporter began at the FSC in Lublin on October 12, 1963, on the twentieth anniversary of the Battle of Lenino. The Polish factory served as an assembly plant. Propulsion and power transmission components (Tatra Plants) were imported from Czechoslovakia. Armoured hulls and turrets (Huta in Ostrowiec Świętokrzyski and Huta Częstochowa), suspension system components (Huta Stalowa Wola) and deck equipment (Zakład Mechaniczne w Tarnów) were produced in Poland. Production ended on July 22, 1971. A total of 4.5 thousand were produced, of which 2.5 thousand for the Polish Army and 2,000 for the Czechoslovak army. Later, after the introduction of BMP-1 infantry fighting vehicles, SKOT transporters were exported to other countries. 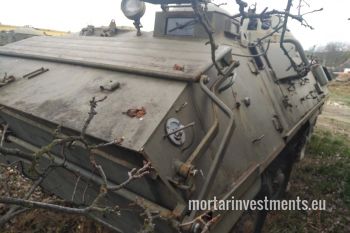 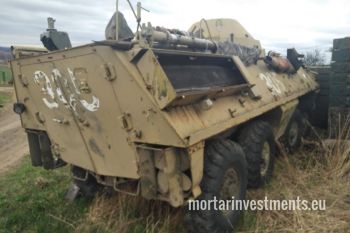 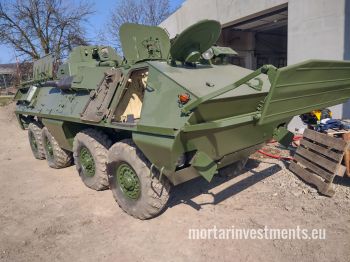