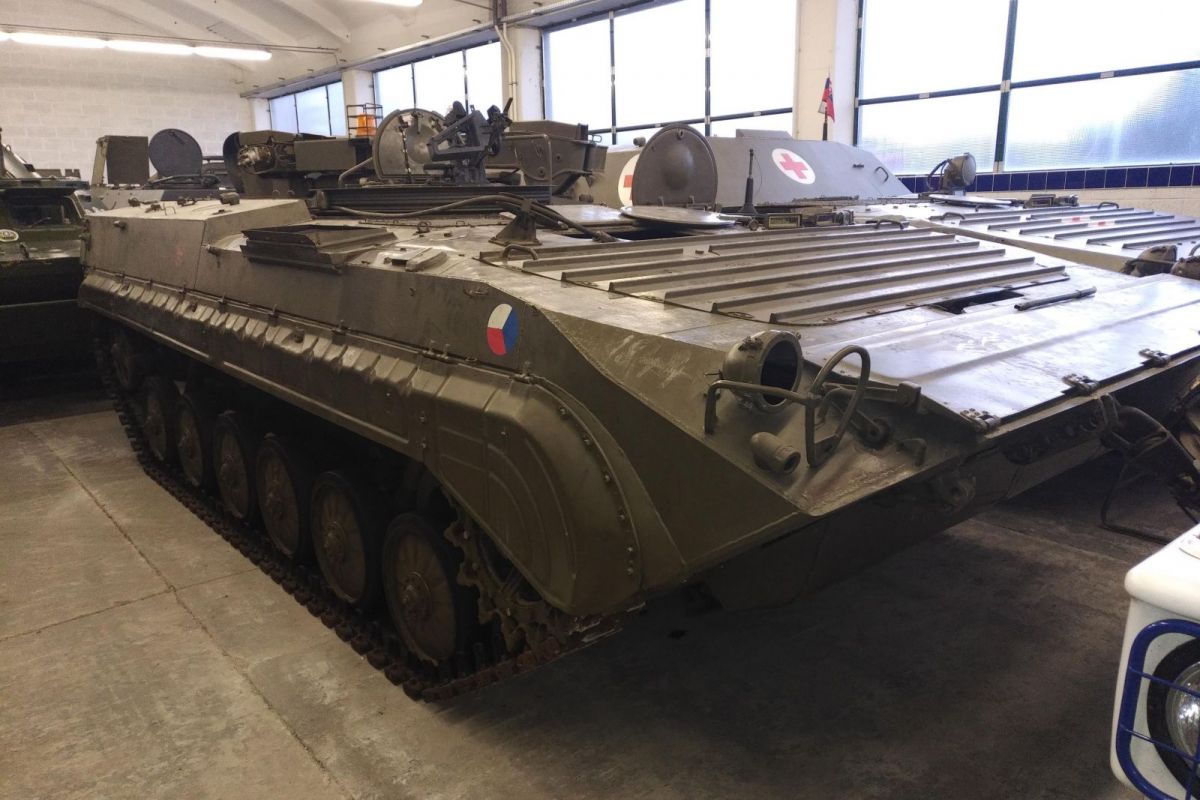 The all but impregnable BMP-1 and OT-90 tracked infantry fighting vehicles for sale! Buy a baleful communist assault machine.

Available BMP (in Czech designation BVP) vehicles include BVP-1, OT-90 (with a 14.5mm turret mounted) and BMP-2. The  Uniqueness of the BMP concept consists in a combination of a tremendous acceleration, fast and effective fire-power and floating capacities. Moreover, steering a BMP is a trivial, car-like experience. Anyone who has bumped his head while jumping with a BMP will tell you. Vehicles at a price-range affordable for collectors are rare (and principally not with a BMP turret). Spares accessible at any amount. BMP vehicles progressively replaced OT-64 and BTR APCs in the Czechoslovak Army. Its airborne brother is the BMD-1.

The world's first serially produced infantry fighting vehicle which is floating, designed to transport personnel to the place of the combat mission, to increase its mobility and security and support it by fire, and for joint operations with tanks in battle. It was developed in GSKB-2 (the main special design bureau 2) at the Chelyabinsk Tractor Plant “V. I. Lenin” to replace BTR-50P. The combat vehicle was adopted by the Soviet Army of the USSR Armed Forces in 1966. Serially produced from 1966 to 1983. Subsequently, the drawings and other documentation were transferred to the Kurgan Engineering Plant, where BMP-2 was produced.

To successfully overcome water barriers hollow metal rollers were installed to increase buoyancy. The car did not have a water jet, therefore, to increase the speed afloat on the hind wings, special grilles were installed above the tracks, that redirected the flow of water from the tracks not up, but back. And in front, using the shape of the hull, water flow was directed downward, which raised the nose of the car above the water.

BMP-1 received a fundamentally new track design in which the moving parts did not overlap, as in a tank, which increased the life-expectation of metal and rubber seals up to 8,000 km.

Propulsion system was created on the basis of a very successful 12-cylinder V-2 diesel engine, which was the basic unit for many civil and military products of the USSR. The head of the design bureau of motor installations and the author of many inventions for the BMP-1 engine was V.D. Chudakov. The chief designer was P.P. Isakov.

In the upper frontal part, there is a large hatch, which is closed by a reclining ribbed armour plate made of aluminium alloy, providing access to the engine. The tower is conical in shape to protect against penetrating radiation from a nuclear explosion, an anti-radiation shot is used.

Due to the small angle of the barrel, car crews in Afghanistan themselves strengthened the Flame on the AGS-17 tower, which improved the combat properties of the machine in mountain conditions.

The requirements of TTZ provided for the protection of the machine from 23 mm armour-piercing shells from the front fire directions at a range of 500 meters, and protection around 7.62 mm armour-piercing bullets at a distance of 75 meters. The frontal armour plates of the BMP-1 hull located at large angles of inclination withstand fragments of field artillery shells, armour-piercing bullets of small arms and large-calibre 12.7 mm machine guns, the latter in the shelling sector 60 degrees from the nose from zero range. In most cases, the frontal armour is not penetrated by the ammunition [6] of the 20 mm Oerlikon KAD automatic cannon (previously Hispano-Suiza HS-820) at ranges of more than 100 meters.

The side, aft armour and the roof of the hull and turret protect the machine from 7.62-mm small-arms bullets from zero range and from light fragments of artillery shells, but they do not protect 12.7-mm machine guns from close range and from heavy shell fragments from fire. Field tests, however, showed that stern doors, whose fuel tanks are filled with concrete, can withstand shelling of 125-mm shells.

BMP-1 is vulnerable to enemy RPGs and ATGMs, and also has low resistance to mine explosions. Because of the latter, during the War in Afghanistan and the Chechen campaigns, paratroopers tried to ride “on armour”. However, even in this case, the paratroopers received at least shell shock or injuries.

The disadvantage of the BMP-1 is the small elevation angle of the gun (only 15 degrees), for the BMP-2 it was already 75 degrees. The Syrian Arab army has lost about 700 BMP-1/2 since 2011. In Syria, soldiers very often resort to improvised armour. So on many infantry fighting vehicles and tanks hang sandbags and put metal grates (there is a chance of destruction of the cumulative funnel to detonate, which prevents the formation of a cumulative stream).

Over the long period of operation of the BMP-1 and BMP-2, new “threats” to the protection of the machine repeatedly appeared. So in the late 1970s, after the adoption of new NATO 20 × 139 mm ammunition for the Spanish-Suiz HS 820, Rheinmetal RH 202 and M 693 (F2) ammunition with APDS-DM 63 armour-piercing shells Germany) and OPTSOC (France), the ground forces of these states had the opportunity to hit the BMP-1 in frontal projection from ranges of 800-1000 m. Ammunition for the M242 Bushmaster cannon of the main US BMP M2 Bradley, adopted in 1982, was designed from the calculation of the defeat of armoured personnel protection BMP-1, with ensuring armour penetration of 25.4 mm / 60 ° / 1300 m (V50)

The experience of the Arab-Israeli war of 1973 and the war of the USSR in Afghanistan showed that the BMP-1 armoured hull does not withstand hits of 12.7 mm bullets in the sides, and the hit of an RPG anti-tank grenade, as a rule, caused the machine to ignite, followed by an explosion of ammunition.

During the first war in the Persian Gulf, the armour protection of BMP-1 vehicles turned out to be vulnerable to armour-piercing sub-calibre shells of 25 mm automatic guns 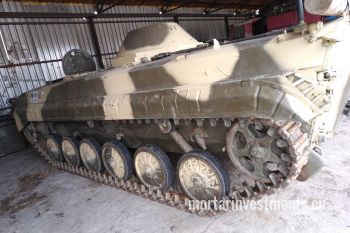 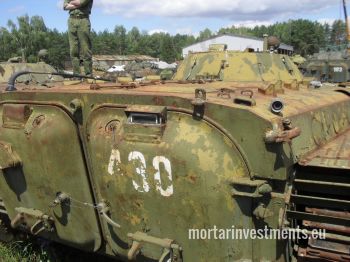