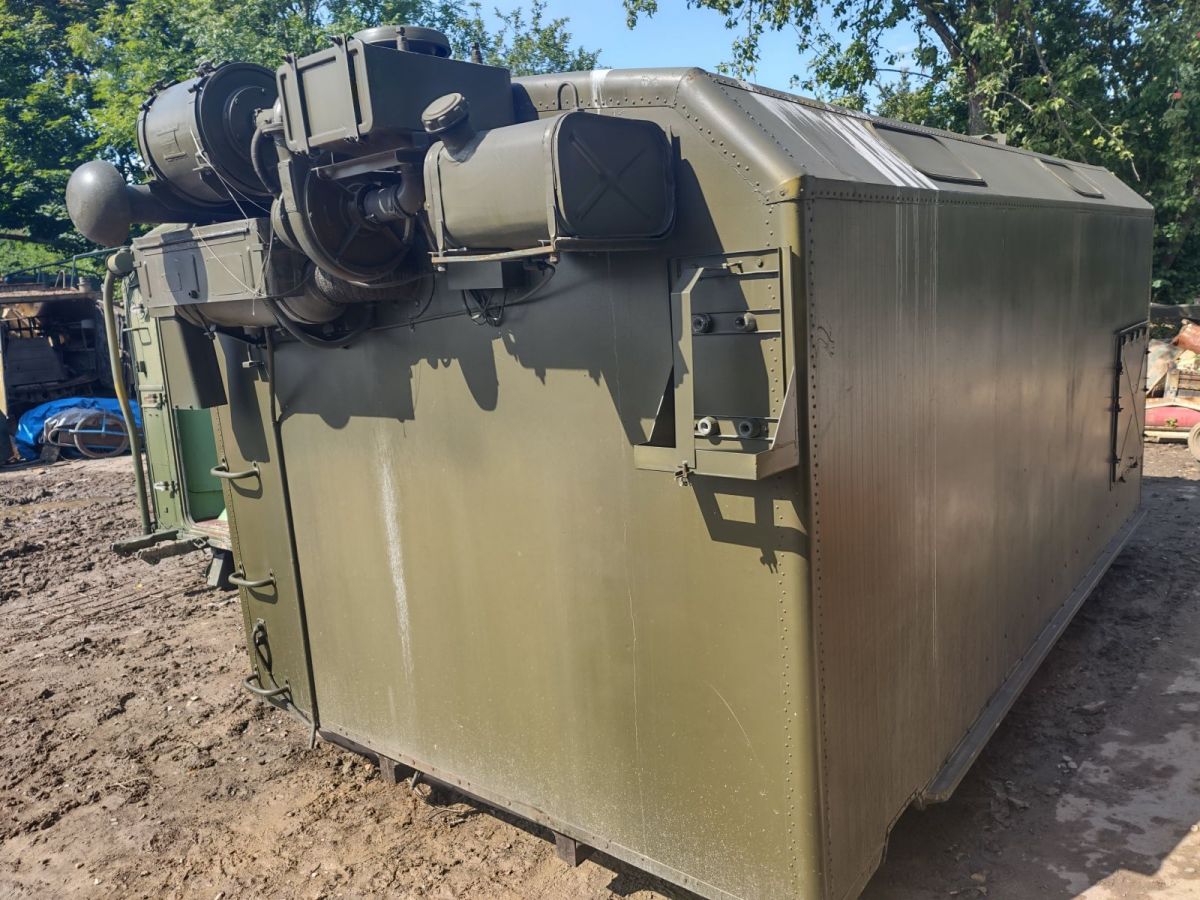 Kung - an abbreviation for a universal shelter in the Soviet army. Their weight is around 1.5 metric tonnes.

The KUNG-1M shelter body was developed for the ZIL-157 truck, but after the ZIL-131 truck was adopted by the Soviet Army, the development of a new model began.

The most common is the standard KM131 frame-metal van body or K131 van body assembled from steel corners and channels, sheathed with aluminium sheets on the outside and plywood impregnated with varnish. The voids between the casing are filled with reinforced foam panels. All bodies, regardless of specialization, were equipped with heating, ventilation, ceiling lights and household equipment. It is installed on the chassis of a car of the ZIL-131 type (ZIL-433422). The overall dimensions of the body on the chassis when loading onto a universal railway platform should fit into the size of the O-VM rolling stock.

Inside all types of bodies, in addition to various equipment (often very complex), equipment and property, there was a set of standard household equipment and sleeping places (hanging hammocks, unless KUNG was a specialized recreation room).

To ensure normal working conditions of personnel, equipment and devices both in peacetime and during hostilities, the box body is equipped with a heating and ventilation unit ОВ-65 (less often ОВ-95), which runs on diesel fuel, and a filter-ventilation FVUA-100N-12 installation. FVUA is a unit that filters and disinfects outboard air and delivers it to the body, which creates excessive pressure, and as a result, a safe living environment for people.

Such installations appeared only in the early 1970s. Prior to this, attempts to counteract the ingress of OM and radioactive dust into the bodies were reduced to enhanced sealing of the openings of windows, doors and hatches by installing rubber gaskets and improving locks and latches, which was clearly not enough. Only with the advent of the decontaminated air pressurization system did it become possible to ensure crew life support or calculation. To control overpressure in each body there is a dashboard.

KUNG is a type of closed box van for trucks that were in service with the Soviet Army of the USSR Armed Forces and the armies of the Warsaw Pact countries. The widespread prevalence of cars with KUNGs in the army and national economy has actually made the abbreviation a household name for closed bodies in general.

KUNGs were produced for installation on the chassis of GAZ-63, ZIL-157, GAZ-66, ZIL-131, KamAZ-4310, Ural-375 and other special vehicles. All modifications for different cars had a set of standardized structural elements, in particular - frame elements, panelling, windows, doors, attachments.

The assigned body service life in the USSR Armed Forces is 15 calendar years.

Since Soviet times, in many military units, due to the lack of specialized transport, some of the vehicles with KUNG bodies were semi-underground converted for transporting personnel in order to ensure the daily activities of the military unit: transporting combat shifts to combat duty posts, outfits and guards, calculations, crews, groups and other military units, as well as in other necessary cases (and in all remote and isolated garrisons such machines often performed the function of cargo-passenger transport "for all occasions"). All special equipment and a filter-ventilation unit were removed as much as possible from the body, the heating system could remain, the lighting network of the body was also kept, the openings from the HLPE were sewn up or jammed. In the vacant body space along the sides, two wooden or metal benches were installed, sometimes an additional wider central bench was placed, in this case, up to 40 people in summer uniforms were placed in a K-131 type body (in rows 11 + 9 + 9 + 11). Such vehicles in the army were used for a long time (and are still in use) until specialized bodies for transporting people in cross-country vehicles began to arrive. 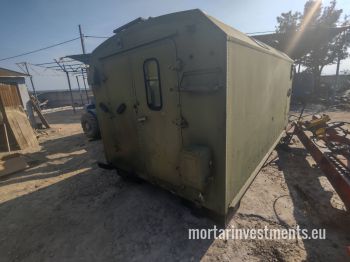 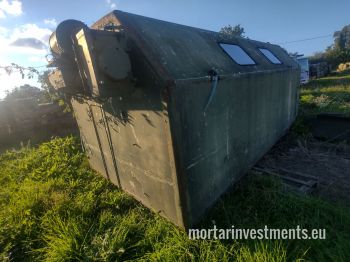