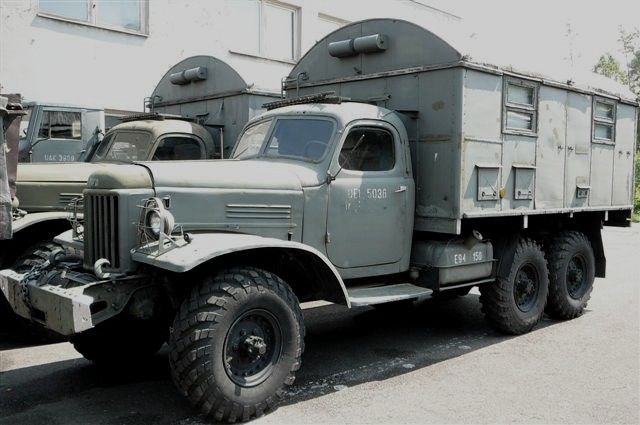 ZIL-157 - an off-road truck manufactured by the Plant "Likhacheva "(ZIL).

The ZIL-157 cab has been improved to facilitate the work of the driver. It has a stove powered by an engine cooling system with an electric fan. For a smoother ride, suspension shock absorbers have been improved. 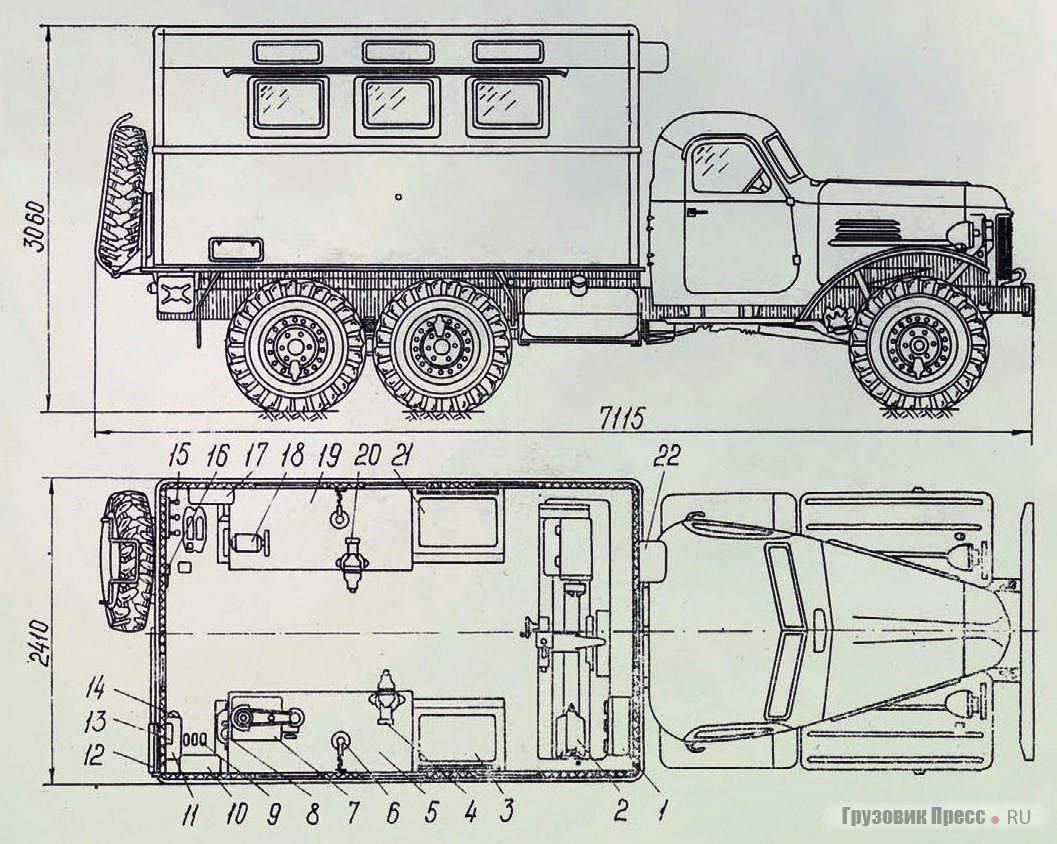 From 1958 to 1961, ZIL-157 was produced, from 1961 to 1978 - ZIL-157K (the axle load distribution changed in this model, a new gearbox, single-plate clutch, telescopic shock absorbers were used), in 1978 production was transferred to UAMZ ( Ural Automotive Plant), at that time one of the branches (PO AvtoZIL) under the index ZIL-157KD. It was produced until 1991. Massively used on collective farms and forestry enterprises due to the high cross, unpretentiousness and volume of the body. ZIL-157 received special love for its simplicity and reliability in the Soviet Army, for which, in essence, it was created. This mainly explains his long serial production, and for a quarter of a century simultaneously with his descendant ZIL-131. 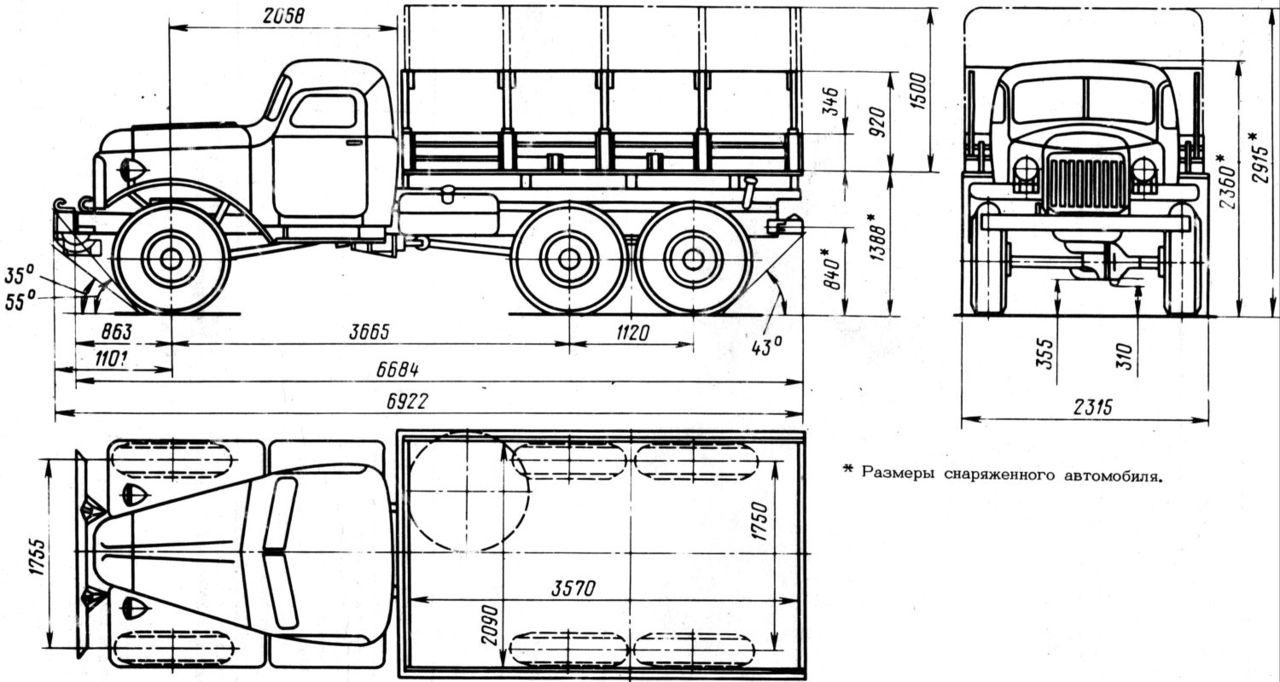 The ZIL-157 car, like its predecessor ZIS-151, had a complex transmission with five Cardan shafts: intermediate (between the transfer case and gearbox); to the front axle; to the middle bridge; two driveshafts with an intermediate bearing assembly on the middle bridge approached the rear axle. On ZIL-157, wheels and tires of 12.00-18 were used. For the first time in the Soviet automobile industry, a centralized pressure control system for automobile tires was used on a truck. The driver from his seat could regulate the pressure in the tires (in all or optionally).

The automobile compressor allowed to continue driving with small holes in the tires. When driving on snowy or wetlands, it was possible to briefly reduce the pressure to 0.7 kg / cm2. In this case, the vehicle speed should not exceed 10 km / h. The tire resource for such a ride did not exceed 150 km (when operating with a normal pressure of 2.8 kg / cm2, the guaranteed tire mileage is 10 thousand km).

In winter, the machine requires careful supervision of the cooling system; if necessary, heat insulation covers on the radiator are used.

A serious drawback for such a heavy truck is the lack of a hydraulic power steering.