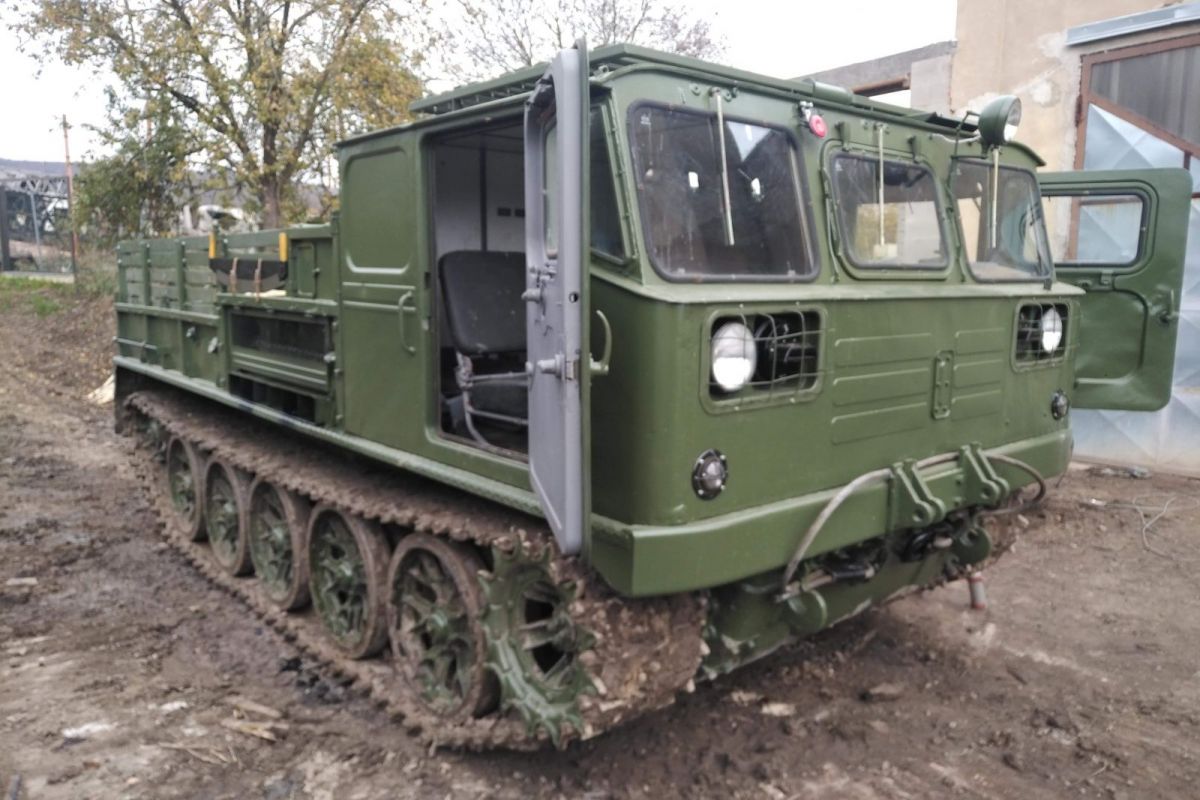 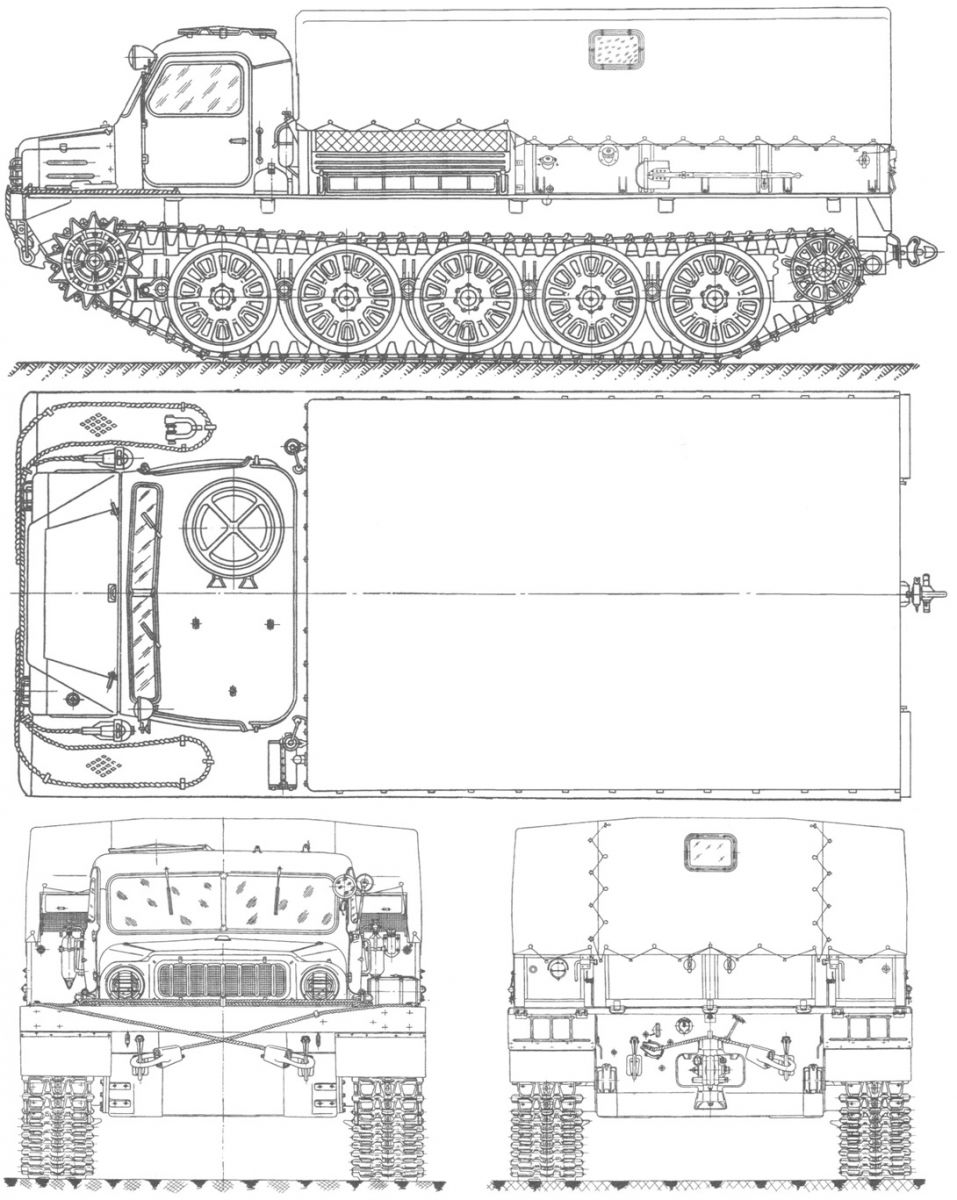 Designed by SKB Kurgan Engineering Plant. Adopted in 1970. In connection with the conversion of KMZ to the production of BMP-1, production was transferred to Poland.

In the Soviet army, they were used in the 1970-1980s as tractors for towing heavy guns, for example, the 130-mm M-46 gun. Since the mid-1970s, in connection with the reduction of towed artillery in the army, it began to be massively transferred to the national economy.

The AT-S had proven itself as a chain hoist for heavy guns and radio measuring stations due to its good off-road capability and high speed. It was revised in the late 1950s. While the diesel engine was given more power, the designers changed the chassis and superstructures. The vehicle was developed in the Kurgan machine factory (Russian Курганский машиностроительный завод Kurganski Maschinostroitelny Sawod), where series production also began in 1959. With the start of series production of the BMP-1 in 1966, the production of the ATS-59G was relocated to Gliwice, Poland. 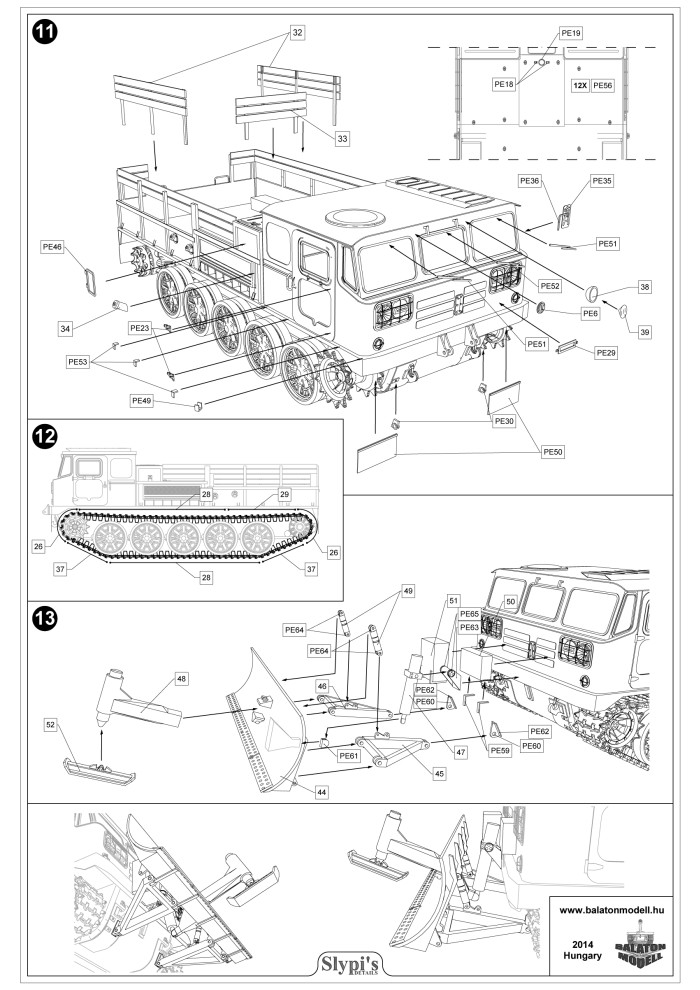 Proven assemblies from Soviet vehicle construction were used for the ATS-59. The engine, power transmission and essential parts of the drive came from the T-54 tank. The well-known throttled version of the twelve-cylinder diesel engine was used as the engine. The engine, now referred to as the А-650, produced 300 hp (221 kW) at 2600 rpm. The drive is a roller drive with five torsion bar springs on each side. The drive wheels are at the front, the idlers, which also serve to tension the chain, are at the rear. The track chains have a width of 525 mm. Due to the better weight distribution, the engine was installed behind the cabin, below the loading area and partially protrudes into it, which makes access to the engine difficult during maintenance and repair work and limits the loading volume. Change and steering gear sit in front of the engine.

The maximum ground pressure is 0.52 kg / cm2. The climbing ability, when loaded without a trailer, is 35%, the ground clearance is 425 mm. The vehicle can drive through waters up to 1.5 m deep without any preparation and overcome obstacles up to 1.1 m high. The payload is 4 t, the trailer load 14 t.

The ATS-59 has a cable winch driven directly by the motor with a tensile load of 15 t.

The main disadvantage of the ATS-59 was the too-small cabin, which normally made it necessary to transport people on the loading area. The further development ATS-59G received a larger cab with a total of seven seats arranged in two rows. To protect against radioactive, chemical or biological (bacteriological) contaminated outside air, the case was equipped with an overpressure filter ventilation system. The improved A-650-G was installed as the engine. Otherwise the vehicle remained unchanged.

The ATS-59 was mainly used as an artillery vehicle. In the Soviet Army, he pulled the 130 mm M-46 cannon and the 152 mm calibre howitzer. They were also used as a towing vehicle for the launch pad of the S-75 anti-aircraft missile system or the P-37 radar station. The vehicle was also delivered to other armies that used the appropriate Soviet weapon systems. The National People's Army of the GDR also procured ATS-59 and used it as an artillery vehicle until the end of the 1970s. Unneeded vehicles were given to agriculture, where they could be used better than conventional tractors on difficult soils due to the high tensile load and the low soil pressure. 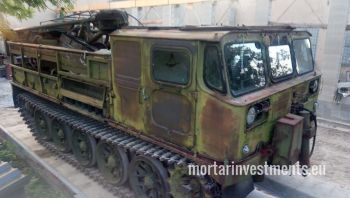 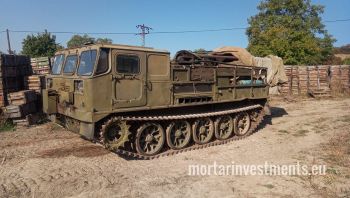 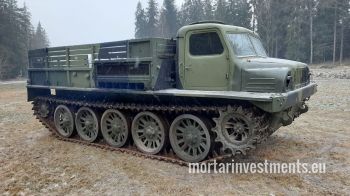 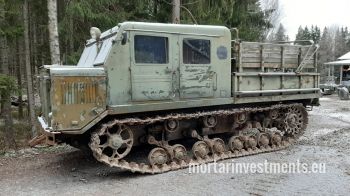