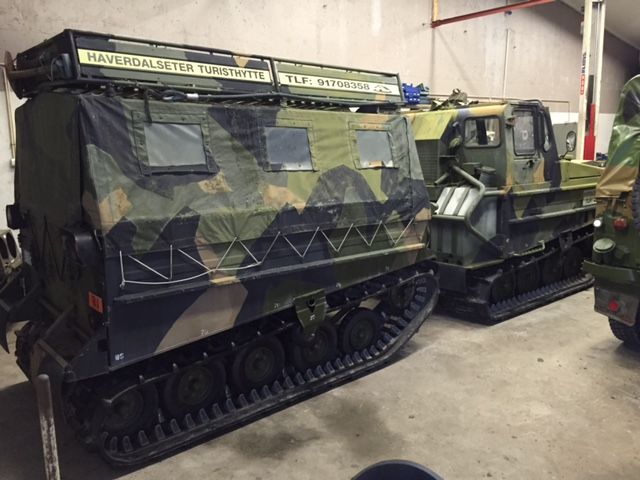 Snow, mud, water, ice and slopes: nothing can stop a BV-202. And it steers like a Volvo car. (The two wagons are not separable). This vehicle will render you tremendous service in the snowy mountains, during floods and in the most difficult terrain.  The follower of Bandvagn 202 are Bandvagn 206 and Sisu Nasu in Finnland. Russian counterparts: GT-SM.

Tracked-articulated vehicle 202/203 (Bv 202/203) is a tracked terrain vehicle with very good accessibility in difficult terrain. The vehicle consists of two permanently interconnected carriages where the engine and gearbox are located in the front carriage, with a rear axle to the rear so that all four belts drive. The driver and the commander sit in the front wagon. Up to eight soldiers can be transported in the rear carriage.

At the end of the 1950s, Bolinder-Munktell was designed for Bandvagn 202. The background to the project was the problem of providing support and maintenance in rough terrain, especially in Norrland on snow and moors. The concept became a two-piece, waist-controlled wagon. The first driving tests began in 1959 and serial production started in 1964 and ended in 1981. In 1961, Volvo won a tender for the construction of the trolley and production was completely outsourced to Bolinder-Munktell. In the early 1970s, the Army began to look for a replacement for the then bandwagon Bandvagn 202. The Bandwagon 202 developed by Volvo had been in service for about 10 years. The new requirements that were imposed on the next tire trailer included higher load capacity, better road characteristics, higher reliability and lower maintenance costs. Volvo and Hägglunds competed for the contract. Hägglunds invested and had 25 designers, 10 testers, 30 engineering engineers who together spent 600,000 development hours at a cost of SEK 200 million. In 1974, Hägglund's contract was awarded to what became Bandvagn 206. In 1990, Hägglunds, in collaboration with the Swedish Defense Materiel Administration (FMV), could present an armoured further development of Bandvagn 206, Bandvagn 206S (Bv 206S) or Bandvagn 308/309 as it is called by the Swedish Armed Forces.

From 1964 to 1981, more than 1,700 tracked trailers were manufactured by Volvo BM. Volvo later came to manufacture Tire Trolley 202E MKII to the UK and BV202NF1 to Norway. What distinguishes the 202NF1 / 202E from the original version include the engine, a B20 sport (B20B) with 15 hp more than the original, orbitrol control, heat in the rear trolley and ZF gearbox.

A very low ground pressure means that it can be run on moors and wetlands. Bv 202 is a so-called over snow vehicle; This means that it does not sink into the snow, and thus can run basically as deep as snow. Rubber bands reinforced with several steel wires are very durable and the trolley can also be run in the summer on bare ground. The wagon is also amphibious. 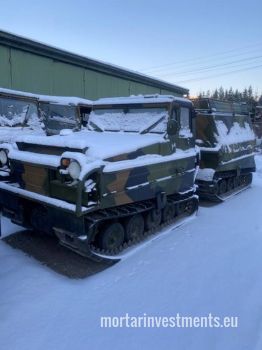