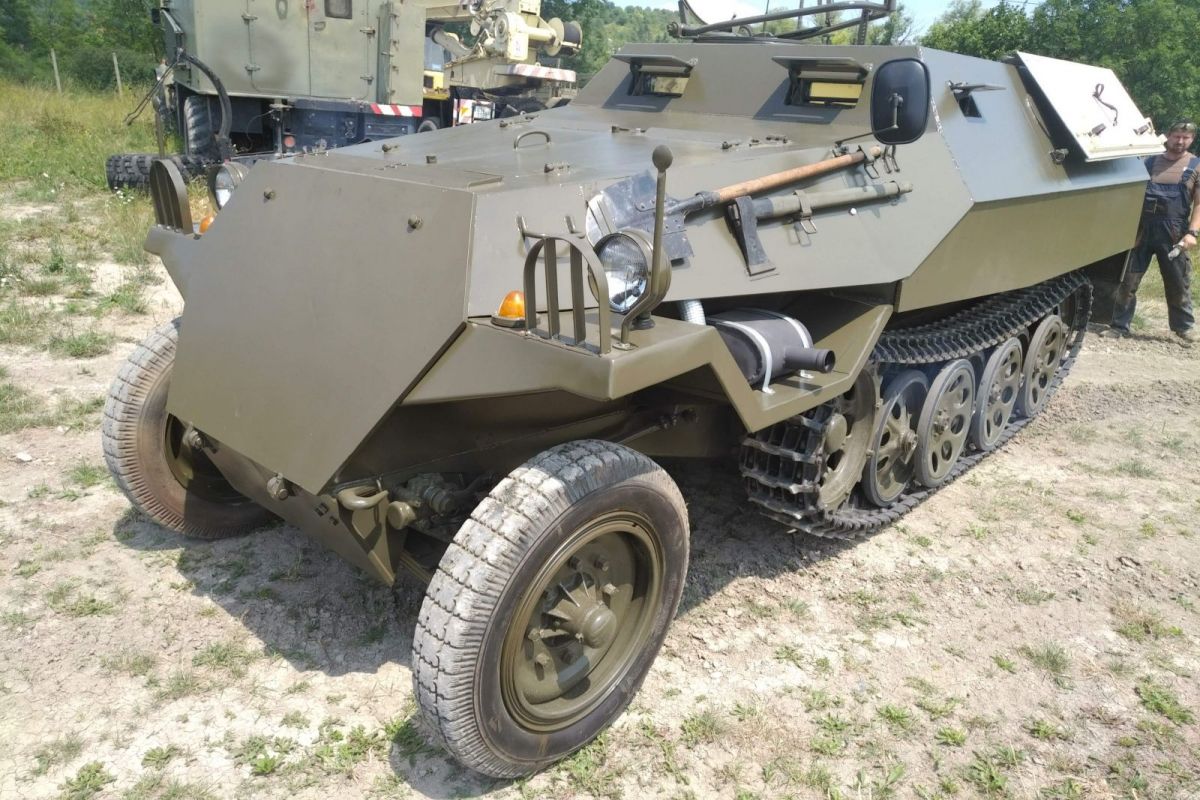 During WWII, the Germans produced their SDKFZ 251 in Pilsen. The production was taken over by the Czechoslovakian communist regime. New-born vehicles were equipped with Praga, and later Tatra engines. Everything in the vehicle is manual, adding things such as a reduced chance to break. Spares, except for body parts, are difficult to find. Front tyres are all-rubber, so there is little need to change them. Although the very concept of a half-track makes relatively little sense, the experience of driving one is stunning. Besides, there is plenty of space in the driver's compartment. We strongly discourage you from turning any of your OT-810 into a worthless SDKFZ copy.

During the Second World War, Sd.Kfz armored personnel carriers were built at the Škoda plant in Pilsen under German management.  In addition, captured and reused vehicles were maintained or modernized here after the war. With regard to the past war, the new Czechoslovak army recognized that armored personnel carriers were an important part of modern warfare. War stocks of Sd.Kfz.251 were already used as HKL-6 by the Czechoslovak People's Army in the late 1940s. The production of the OT-810 - as an improved version of it - began in 1958 and ended in 1962. In this short time, about 1500 vehicles were built, which were used in the motorized rifle companies instead of the BTR-152. In addition there were countless HKL-6, which were converted to the state of the OT-810. The vehicle was used as a group vehicle in Czechoslovakia until 1966 and after the introduction of the successors OT-62 and OT-64 was still used as a traction device for the 82 mm light gun. The vehicle was eventually retired from service in the 1980s.

With the OT-810, the Czech armaments industry in particular was given a fresh start.

Except for the Chilean BMS-1 ​​Alacran from 1983, the vehicle was possibly the only half-track vehicle produced after the war. The vehicle was based on version D of the Wehrmacht model. The vehicle had the same chassis with box drive and the frosted front axle for steering support. The power transmission was only on the chain. Changes to the German model were mainly the introduction of an eight-cylinder Tatra diesel, which replaced the German Maybach engine. This increased the range from 320 km to 600 km. The armored personnel carrier was completely closed for the first time and thus offered protection against chemical weapons, against radioactive precipitation and above all against weapons such as hand grenades, Molotov cocktails, and artillery fragments. The armored box was made of 8-12 mm thick steel and was chamfered to provide more protection. The vehicle commander had a roof hatch on which a slewing ring with a machine gun was attached. Shooting hatches were available to fire with weapons from the closed vehicle.

In films about World War II, the Sdfz was. 251 difficult to obtain as a prop after 1945 and was mostly represented by the M3 half-track vehicle. In some cases, such as in Ludendorff Bridge, Stalingrad, or Downfall (Der Untergang), vehicles of the type OT-810 could be procured for this role. They can be recognized through the closed roof. 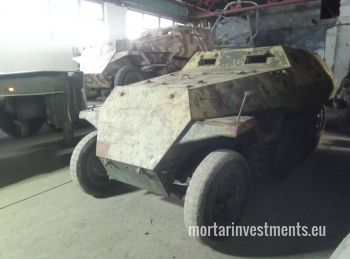 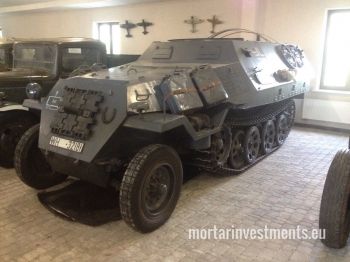