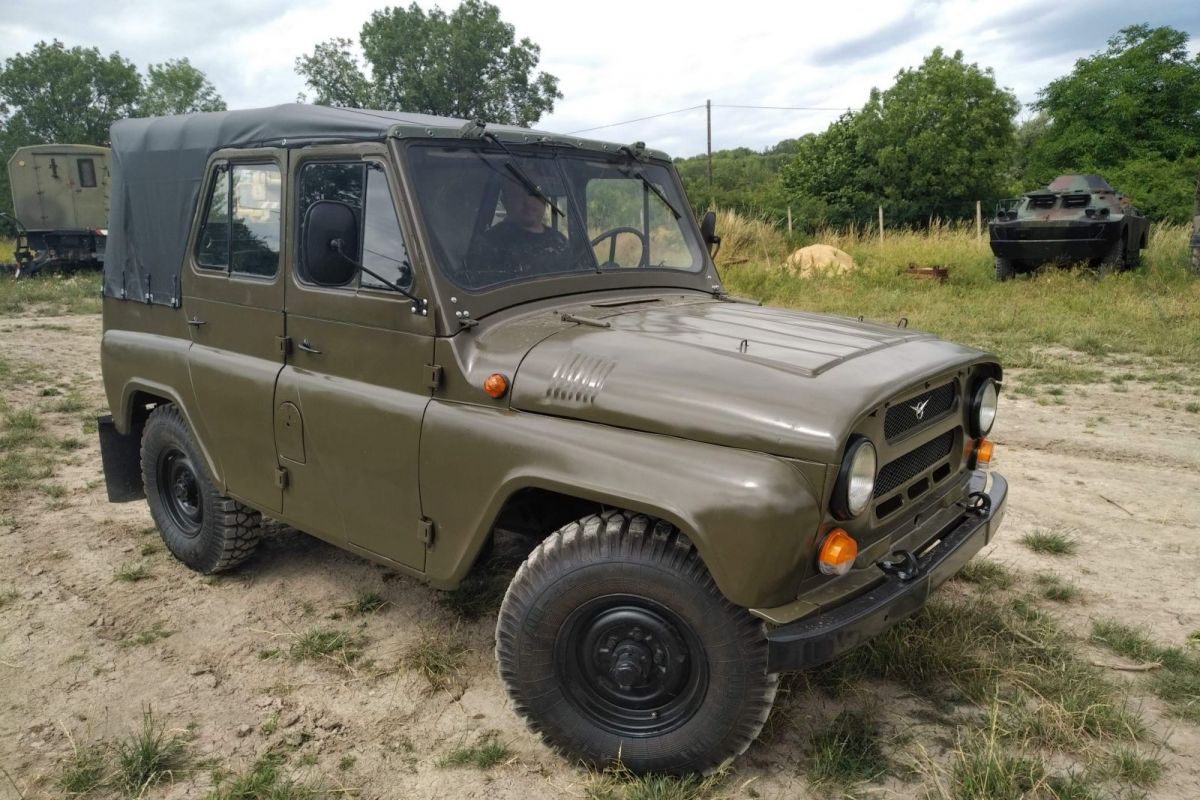 When looking for a Russian jeep, the UAZ 469 is the first option. A simple vehicle that can easily beat any western-made 4x4 in the terrain, light, balanced, do-it-your-self repairable with spare parts abundant on the internet. Mortar Investments vehicles usually come with unused stock engines. Please note: the standard variant does not have differential locks, just 4x4 and low gearboxes. Hard-top versions available.

The UAZ-469 (Russian УАЗ-469), also called UAZ-3151 in later versions, is an off-road vehicle of the Soviet or Russian manufacturer Uljanowski Awtomobilny Sawod (UAZ for short) from Ulyanovsk. The UAZ-469 was mainly used by the Soviet Army and other armed forces of the Warsaw Pact countries. In the Soviet Union, it was also widely used in almost all government organizations that needed robust off-road vehicles.

Prototypes of the UAZ-469 already existed at the beginning of the 1960s. The first copies were completed in 1961, and the trial phase was completed in 1962. However, there was no series production.

Series production of the UAZ-469 began in 1972, replacing the GAZ-69 that had been built until then. In order to demonstrate the off-road capability of the vehicles, a test drive on the Elbrus was undertaken in 1974 with a total of three near-series UAZ-469B. The vehicles reached a height of 4200 meters within 38 minutes.

In 1985 a revision was made, whereby in the course of this the designation of the vehicle in UAZ-3151 was changed due to new standards. In the 1990s, versions with Peugeot XD2 diesel engines were also sold. The vehicle was also marketed variously as the Tundra 469.

Production ceased in November 2003 and was succeeded by the visually very similar UAZ Hunter.

The German Democratic Republic imported the vehicles from 1974, they were used by both civillians and the military. They were to be found being used in forestry and agriculture as well as in the People's Police, the People's Police standby, the fighting groups of the working class and civil defence. A total of about 2500 of the SUVs came to the GDR. A part of it - mainly from vehicles used in agriculture - was converted to Cunewald diesel engines of the type 4 VD 8.8 / 8.5 (used in the Multicar 25) due to the excessive gas consumption.

In 1985, the car was modernized, the gear version, according to the new classification, received the index 3151. 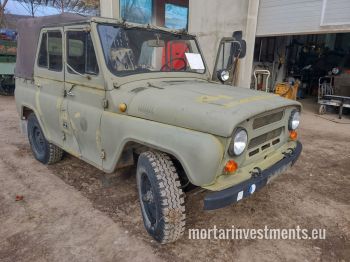