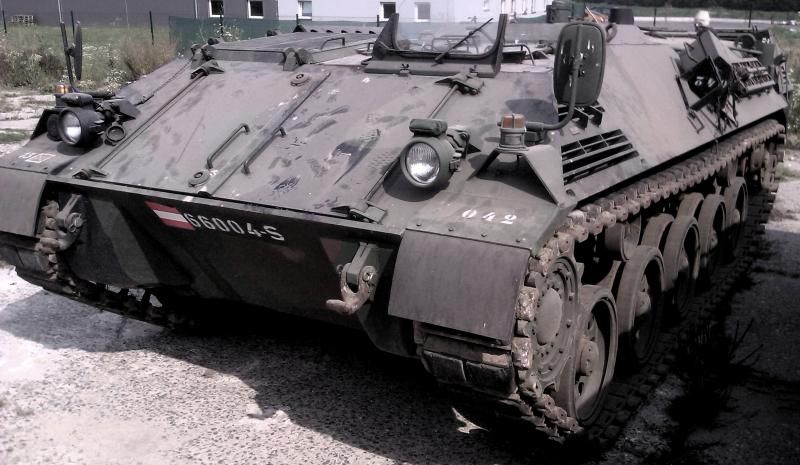 Saurer APC may not seem impressive at first glance. Not too agile, not floating. It has little to compete in with a BMP. But first there is price - they are far more affordable. Then there is size: their transportation posses no challenge at all. Then there is a large stock of available spares. And the availability of tracks with rubber pads. Steering a Saurer APC requires little skills or experience. All vehicles come well serviced by the Austrian army.

The first prototypes were completed in 1958. After the takeover of the Saurer company by Steyr-Daimler-Puch the following year, several versions of the Saurer infantry fighting vehicle were built until 1968, the main changes being the armour, the engine and the armament. As of 1974, all MG 42s were replaced by MG 74 (Austrian-Italian further development of MG 42).

In 1988 the Spz A1 was upgraded with a more powerful engine, automatic transmission, a new braking system and a hydrostatic superposition gear. Despite all the modifications, the Saurer is considered outdated at the beginning of the 21st century. Since 2002 the Armed Forces have been replacing the Saurer with its successor, the SPZ Ulan.

In addition to many formerly bunkered federal military equipment, the Wurzenpass bunker museum bought several Saurer infantry fighting vehicles in order to make them accessible to the public as part of the open-air museum.

1 tank commander
1 gunner
1 tank driver
up to 7 men as the rest of the crew
Armament: 20 mm machine gun 66 (Oerlikon)

Models currently in use