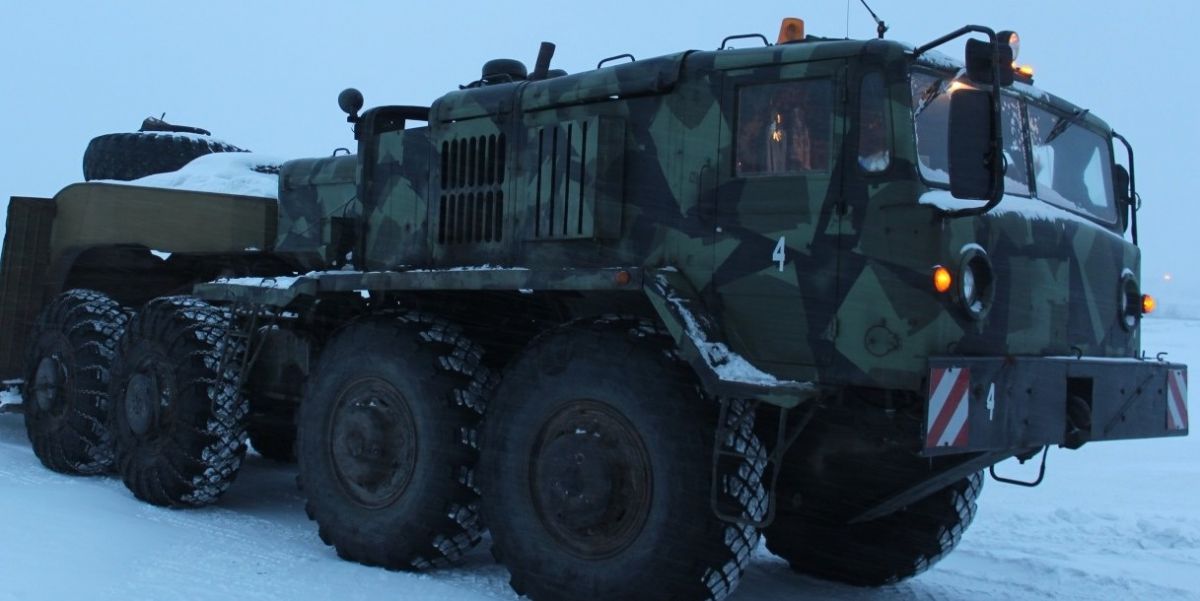 MAZ-537 (Russian МАЗ-537) is a heavy tractor from Soviet production. Vehicle was first built by Minski Awtomobilny Sawod in 1960. In combination with heavy trailers in various armies of the Warsaw Pact, it served mainly as a tank and rocket transporter, but also, for example, as an aircraft tug. Some variants of the KET-T recovery vehicle are based on the truck chassis.

During the Second World War, the Red Army found that there was a critical lack of means of transport for tracked vehicles. There were no locally produced trucks that would have been able to transport a T-34 tank, for example. After the war, the YaAZ-210 tractor unit was developed for this purpose, but this did not bring the desired success. 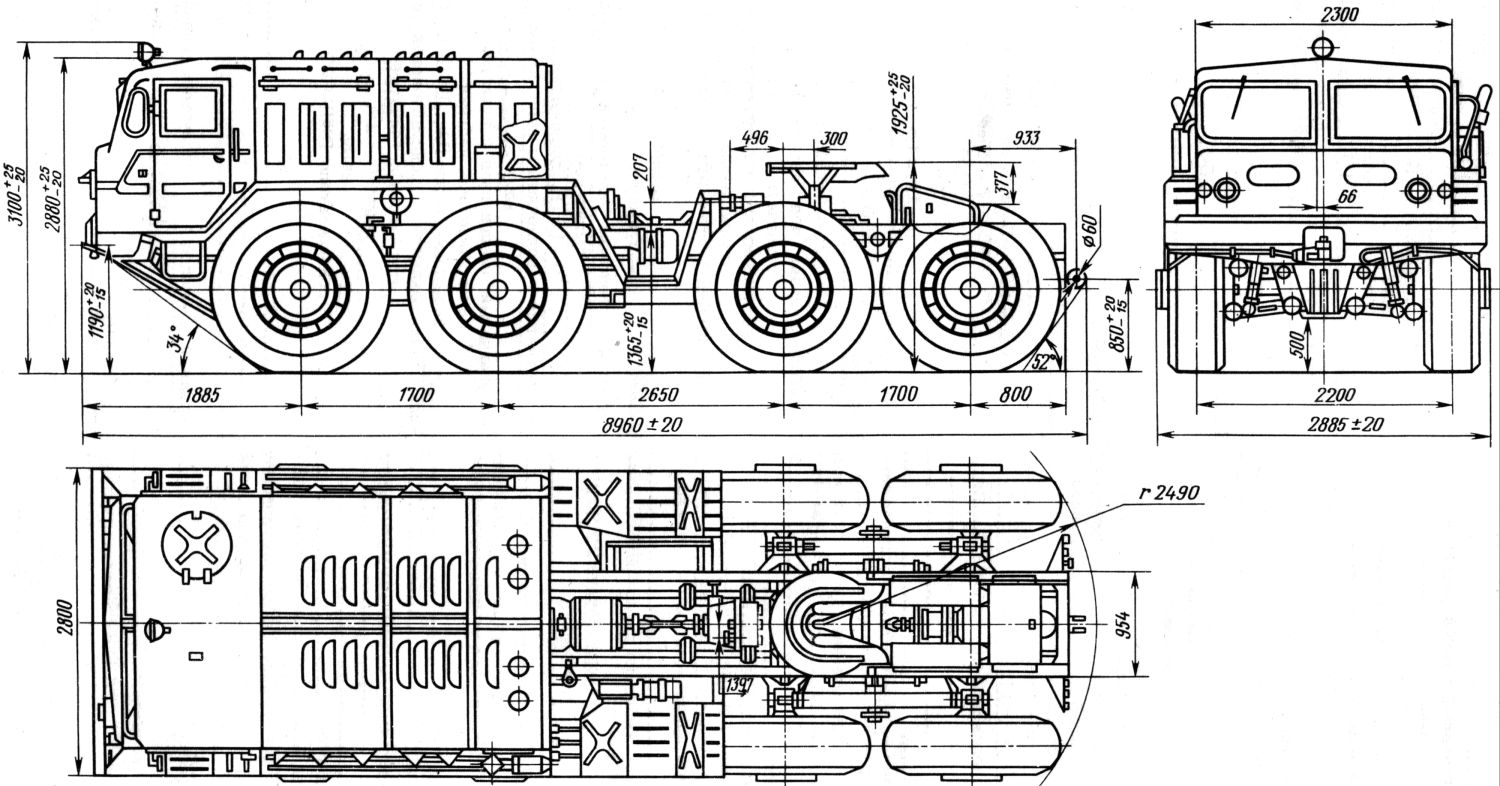 In the early 1950s, the responsible planners came to the conclusion that a vehicle based on the trucks produced at the time would not meet the requirements imposed by the army. Accordingly, the MAZ plant in Minsk received an order in 1954 to develop a suitable vehicle. What was new - compared to the trucks produced so far - was the size, the four permanently driven axles with large single tires and tire pressure control system, the built-in power steering and the hydrodynamic transmission, which does not require manual coupling. Until 1956, the plant presented prototypes of the MAZ-535, which was then built in series from 1958 to 1964. The MAZ-537 was developed on the basis of this vehicle, and the first prototype was completed on March 29, 1959. Series production started in early 1960.

At the end of 1963, the production of the vehicles was shifted to Uralselmasch (Russian Уралсельмаш) in Kurgan as part of the specialization of the vehicle industry. By decision of the responsible ministry, the plant was renamed Kurganski Zavod Koljosnych Tyagachei in June 1966 (Russian Курганский завод колесных тягачей, KZKT for short "Kurgan wheel tractor plant"). Production remained there until the model was discontinued in 1990. In the meantime, minor changes and modernizations have been carried out again and again. In the 1980s in particular, older vehicles were equipped with new V12 engines of the YaMZ-240 type from the Yaroslavski Motorny Zavod.

The tractor is designed for the transport of goods weighing up to 50 tons on semi-trailers ChMZAP-9990, ChMZAP-5247G, etc.

The MAZ-537 cab is a metal four-seater, with two doors, equipped with an additional independent heater. On the basis of MAZ-537, a modification of MAZ-537G is produced, characterized by the presence of a winch to facilitate loading and unloading, as well as self-pulling of the tractor. Working cable length 100 m, pulling force 15 tp.

The car is equipped with a 12-cylinder diesel engine D-12A-525A (on the T-34 tank is almost the same), located behind the cab. An engine pre-heater is provided. The transmission is hydromechanical, with a torque converter and a planetary three-speed gearbox. Power steering. Steered two front axles. Each axle of the car consists of a central gearbox, two semi-axial driveshafts and two-wheel planetary gears. The second front and second rear centre gears are continuous. From them, torque is transmitted through Cardan shafts to the central gears of the front and first rear axles. The differential of the front centre gears of the car refers to limited-slip differentials, and the differential of the rear centre gears refers to self-locking differentials that operate on the principle of a freewheel.

The cabin is in-line 4-seater, two-door, with a round sunroof and an independent heater.