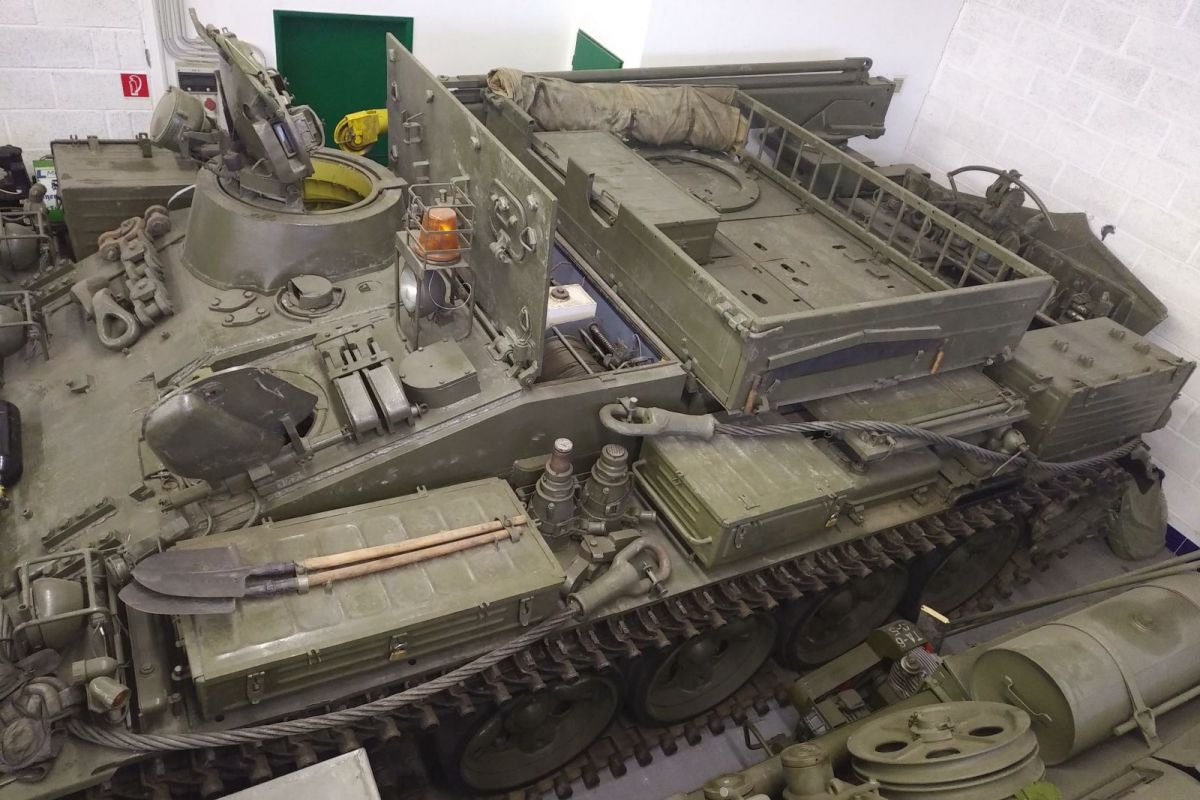 Russian recovery tanks VT-55 for sale. Buy a prodigious towing machine! in America in the UK or elsewhere.

A handy helper anywhere, where towing, strong winches, and cranes are necessary. On top of that, it provides a driving experience of a T-55 without the physical weight, disbalance, and sometimes administrative burden posed by a turret with a gun. It also is a way cheaper. If you intend to build a replica of a tank, this will be the most suitable chassis to start from.

VT-55A rescue tank is a special armoured tracked vehicle built on the chassis of the T-55A tank. It is designed especially for towing crashed or damaged equipment in various terrain conditions, for rescuing equipment at various degrees of entanglement with the required traction force up to 75 MPa.
With its built-in crane it is possible to lift loads up to 1.5 tons. Another use of the VT-55A is in the transport of spare parts weighing up to 3 tons to damaged equipment.
The vehicle is divided into the driver's compartment, command compartment, winch area, and engine and transmission compartments. It is equipped with a device to protect the crew from the effects of WMD. The crew consists of a commander, driver-mechanic, and binder.

The development of the VT-55 version began at the Turčianske strojárny n.p Martin Development Plant in 1964 with the partial use of the license documentation of the Soviet recovery tank on the T-54 chassis (BTS-II). During the development, two prototypes were built, subjected to tests. Development was completed in 1968. A testing series was produced in 1969, serial production took place from 1969 to 1983. About 20% of the vehicles produced were bought by the Czechoslovak People's Army (ČSLA), exports to the former Warsaw Pact countries accounted for about 50%, the rest, about 30% bought the so-called non-socialist states. VT-55A is designed to release damaged tank equipment in combat operations, respectively. stuck tank equipment in various obstacles and to tow it to a safe place, to lift loads with the transport of spare parts and material on the cargo platform. VT-55A has shooting and anti-tank resistance at the level of the T-55A tank. The propulsion unit, transmission, and chassis are unified with the T-55A tank.

Support headland:
- when releasing, he leans on the terrain and thus stabilizes the vehicle for work
- lowers and lifts by the main winch rope 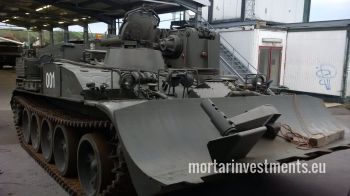 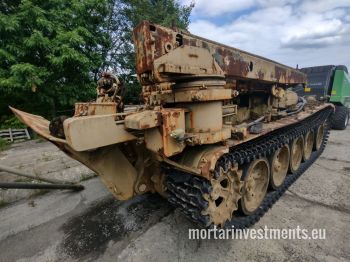