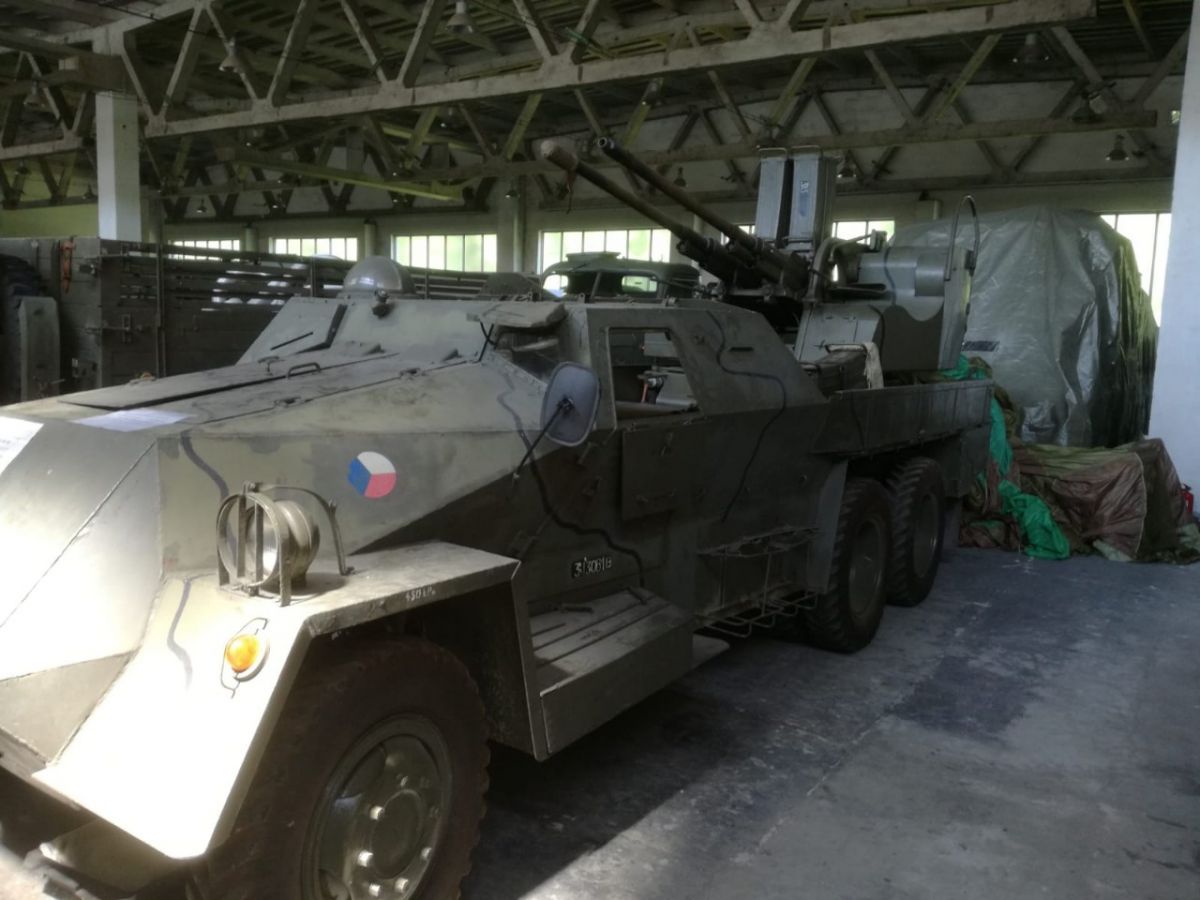 These M. 53/59 flanks are really elegant. It follows in the spirit of WWII. Its soul is a Praga V3S, yet provided the weight of the armour and of the cannons, don't expect much speed. Differential locks on all axles.

The self-propelled anti-aircraft double cannon vz. 53/59 was manufactured in the years 1959–1962 in the Praga plant in Letňany (chassis), Závody Říjnové Revoluce Vsetín (weapon), Závody K. J. Vorošilova Dubnica (assembly). The flank cannon is located on the armoured chassis (6 × 6) of the Praga V3S truck, structurally based on a towed anti-aircraft double cannon vz.53. The vehicle has a built-in device to protect the crew from the effects of weapons of mass destruction. The gun carriage is designed to be removable, which allows the use of this system in a stationary design. The cannons have a full range of 360 ° and the elevation is in the range from -2 ° to + 85 °. It can effectively act on ground targets up to a distance of 2000 m. In addition to Czechoslovakia, Libya and Yugoslavia were also effective.

It was usually deployed as anti-aircraft protection of ground units (tank and motorized rifle regiments), or as fire protection of staff and command posts of field units against air and ground attacks. It was used in these roles in the Czechoslovak Army until the 1980s.