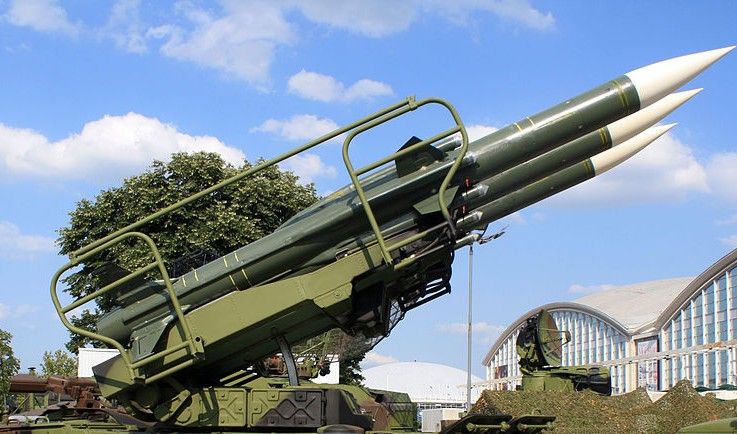 The creation of the 3M9 missile for the 2K12 “Cube” air defence system was carried out in parallel with the 3M8 air defence missile system for the 2K11 “Krug” air defence system. The development of the rocket as a whole was carried out by the State Machine-Building Design Bureau "Vympel" under the leadership of II Toropov. The semi-active homing head was designed by the Scientific Research Institute of Instrument Engineering , the work was supervised by chief designers A.A.Rastov and Yu.N. Vekhov. Since 1960, I.G. Hakobyan has headed the work. Due to the high requirements for the complex as a whole, the development of the rocket was carried out with great difficulties. Solving burnout problems the combustion chambers of the main engine and the dropping of large-sized empennage dragged out the terms. The replacement of the leadership did not accelerate the development and the first missile launches began only in 1963. During the tests, the low reliability of the seeker was established, which is why the launches were stopped in September 1963. The missile main engine test program was also not fulfilled. The first successful launch of a missile with a warhead took place in April 1964 . As a result, the state tests of the missile and the complex as a whole passed with a two-year delay in comparison with the 2K11 Krug air defense system ... After testing, the 3M9 missile was put into service as part of the 2K12 "Cub" anti-aircraft missile system.

Anti-aircraft guided-missile 3M9 is intended for use as part of the 2K12 air defence system. The 3M9 rocket has two stages with a combined propulsion system. The second stage contains the 9D16K sustainer jet engine. The maximum engine operation time is no more than 20 s with a total fuel weight of 67 kg and a length of 760 mm. During combustion, the products of the fuel charge enter the afterburner with four air intakes, where the unburned residues are burned out. During the operation of the first stage, the chamber contains the fuel charge of the starting engine, which consists of VIK-2 ballistic solid fuel, weighing 172 kg. At the first stage, there is a starting solid-propellant rocket engine.  After the completion of the launch stage, the inner part of the nozzle apparatus is shot off to change the geometry of the nozzle of the after-combustion chamber for the operation of the main engine.

The 3M9 rocket is made according to the "rotary wing" design. The main difference from the 3M8 SAM is the presence of additional rudders on the rocket stabilizers, which make it possible to reduce the size of the rotary wings and use a lighter pneumatic drive instead of a hydraulic one. In front of the rocket is a seeker1SB4, exciting and accompanying the target from the start. The head is equipped with interference protection. Behind the homing head is a 3N12 high-explosive fragmentation warhead with a total mass of 57 kg with a 3E27 radio fuse. The missile can hit targets manoeuvring with overloads up to 8g at ranges from 6 to 22 km at an altitude of 100 meters to 15 km. In modified versions, the affected area was expanded in the maximum range up to 25 km, and in height of destruction - up to 18 km. The minimum launch limits for missiles were also reduced in range to 4 km, and in height - 20 meters.

3M9M1 - expanded the boundaries of the lesion and increased the level of protection of the seeker.
3M9M3 - the boundaries of destruction have been expanded, the possibility of firing at stationary targets at altitudes of more than 1 km and at pursuit targets at speeds up to 300 m / s has been introduced, the level of noise immunity of the seeker has been increased.
3M9M4 - experimental modification for 2K12M4 "Cube-M4". The warhead weight was increased from 50 to 70 kg. It was not produced in series.
3M20M3 - aerial target simulator "Singing", instead of a combat compartment, a tracer holder, a target self-destruction system, an autopilot that provides flights along given trajectories - horizontal flights, "snake", dive, pitching, ballistic trajectories is installed on the rocket. 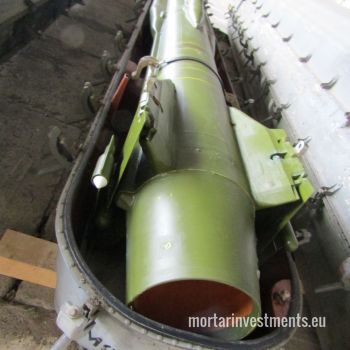