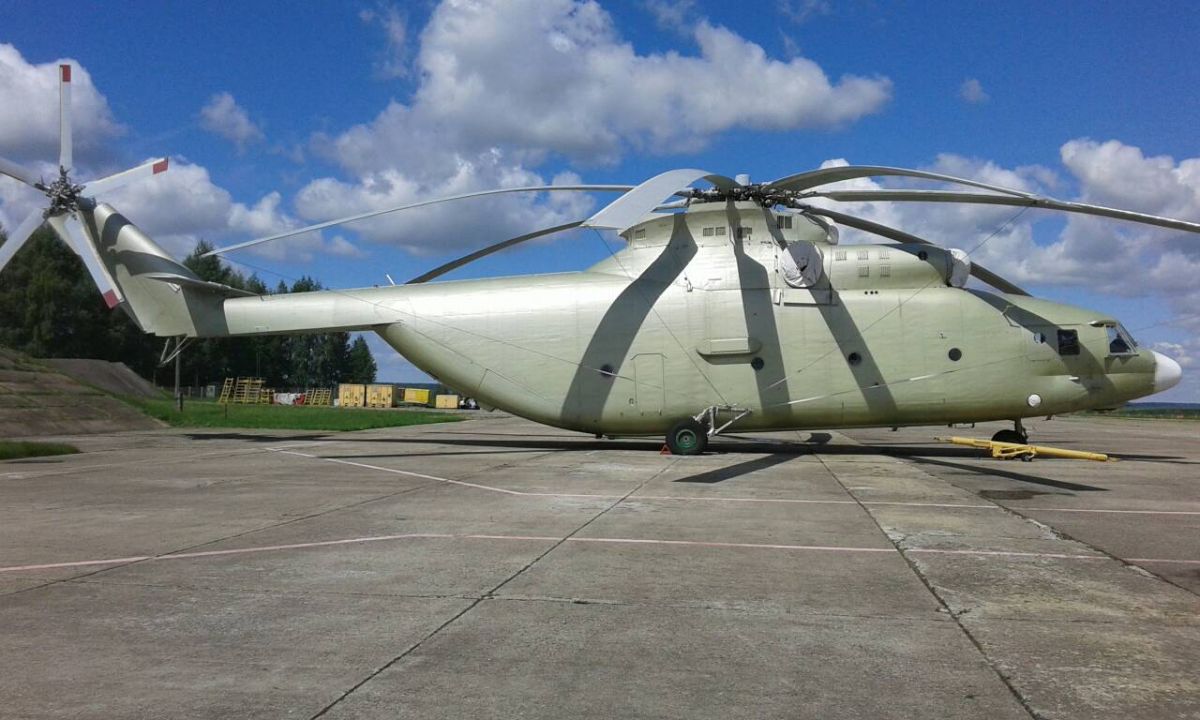 The Mi-26 is equipped with an eight-bladed rotor with a titanium rotor head. The five-person crew of pilot, copilot, navigator, engineer and a flight technician is housed in a pressurized cabin. Rotor blades, cockpit windows and the turbine inlets can be heated to enable use even at the lowest temperatures. The outer skin of the fuselage is made of aluminium.

In the military version, armour plates can also be attached to the underside, the aft bulkhead and the sides of the cockpit to protect the crew from anti-aircraft fire from the ground. Four of the eight fuel tanks and the turbines are also protected by light armour in this variant. The entire front part of the fuselage can be separated from the rest of the helicopter for maintenance and repair work by loosening the connecting bolts.

The cargo space is accessible via tailgates and a loading ramp. To support the loading, the helicopter has two electric LG-1500 winches that can pull loads of up to five tons into the hold.

The cargo hold of the Mi-26 is larger than that of the four-engine Antonov An-12 cargo aircraft and can accommodate 60 patients on stretchers plus nurses or two BMD airborne infantry fighting vehicles. In the TM version, the payload is 22,000 kg; alternatively, bulky loads with up to 20,000 kg can be carried on steel cables below the hull.

The passenger version offers seating for 82 passengers or can carry 68 fully equipped paratroopers.

In order to increase the tactical and flying value of the helicopter, it was equipped with an autopilot, an automatic hover stabilization system and the latest avionics for night flight.