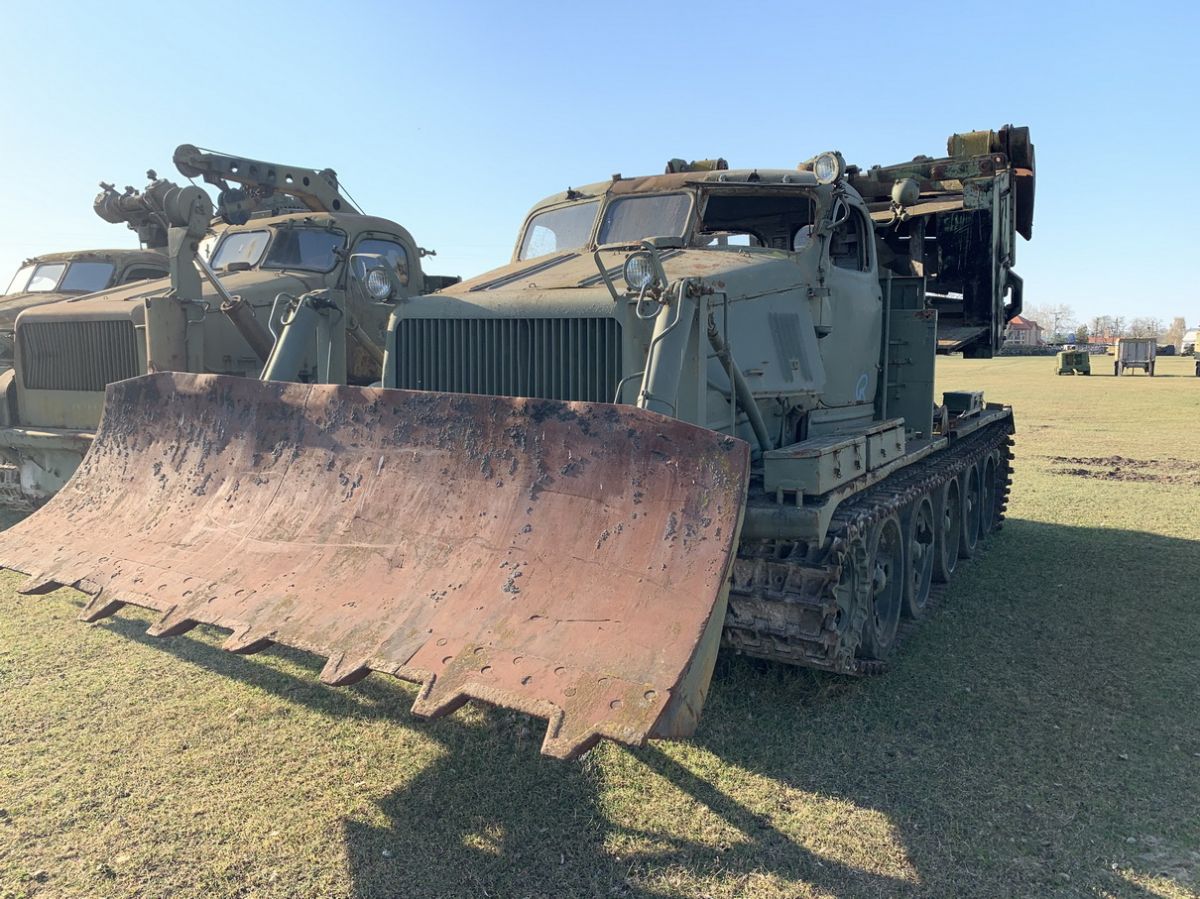 The fast universal bulldozer BAT-1 was used for elementary earthworks, engineer landscaping, snow removal, excavating trenches recovering stranded equipment and towing trailers up to a total weight of 25 tons. It enabled a usage of an arrow-shaped or a bulldozer blade. The arrowed snow plough has an apex angle of 97 °. It allows snow removal up to 80 cm on the road at a working speed of 4 -10 km / h. while 2nd gear in use.  Its passage creates a passageway of 4,15 m of width.

BAT-1 / "Bulldozer on Artilerskom Tyagachi" / is one of several combat engineer versions of the heavy tracked tractor AT-T, which appeared for the first time in 1950. Chassis were produced in Kharkiv, largely based on the medium tank T-54. The cabin was used from a series of vehicles ZiL-151 - Zil-157, extended for a three-member crew.

BAT-M is distinguished from AT-T by a hydraulic rather than mechanical (cable) control of the working body (blade). Engine power 415 litres. sec., weight 27.5 tons, transport speed up to 35.5 km / h. The cabin is insulated, equipped with a filter-ventilation unit (FVU), so that the machine can work in areas contaminated with toxic and radioactive substances, and the crew in the cabin can be without personal protective equipment.

The working body (blade) can be installed in a bulldozer (5 meters), two-blade (4.5 meters) and grader (4.0 meters) position. Thanks to this, the track-laying machine can be used for various road and earthmoving operations. Located in front of the working body height-adjustable ski provides the ability to remove the ground layer of a given thickness.

Raising and lowering, including the forced deepening of the working body is carried out using a hydraulic actuator.

Additionally, the machine is equipped with crane equipment with a lifting capacity of two tons, and it is controlled from the remote control, so that the crane operator can simultaneously act as a rigger (slinger).

A significant supply of fuel (about 950 kg) provides the vehicle with a mileage of over 500 km or autonomous operation for 12-15 hours.

The machine is durable, reliable, trouble-free. The cabin is spacious, warm (engine under the cab floor). In addition to the equipment listed in the article, it has a powerful winch driven by the base engine and a very thick cable. A winch machine pulls itself out of any dirt. It can extend the tank, if only it is not too stuck. Only the winch on a special tank tractor BTS-2 is more powerful. However, for earthmoving operations, it is somewhat weak (the working body is too large for a machine of such power and its own weight). However, the BAT-M as a whole is not intended for earthmoving. A further development of this machine is the BAT-2 track layer. There, in the cabin, besides the crew, there is also a sapper compartment. That car is half-armoured. However, in the opinion of the author, it is long, less agile and more bulky. 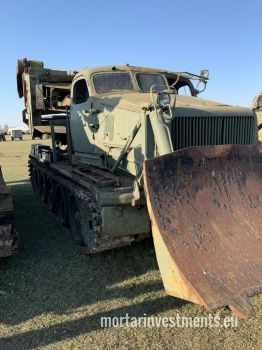